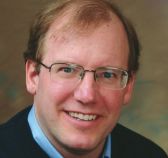 Recently, you were a guest on Janet Mefferd’s radio talk show.  You and she discussed the marriage equality bill in Illinois.  During the course of this conversation you asked the (I’m guessing) rhetorical question:  “How do two guys consummate their marriage?”

You then proceeded to answer the question yourself:  “Yuck.”

Oh, Pete!  This is your best shot?  Seriously?  After all your years spent in the trenches of professional hate-mongering, you’re reverting to the oldest anti-LGBT rhetoric?  Really had to reach to the back of the sock drawer for that one, huh?  You don’t want us to get married…because you think our sex…is yucky?  You’re using yuck as a legal argument ~ a legal, philosophical and moral argument ~ for creating and maintaining discriminatory laws?

Has your well run so dry ~ is your logic so twisted, so flawed ~ has your flock abandoned you so quickly that the whiplash has left you on the shoulder of the road with a mouthful of dust impotently stammering “Yuck”?

This from a man whose favorite Twitter rejoinder is “Grow up”?

In case you really do find yourself in the dark regarding how such things work, let me clarify for you:  Two men consummate their relationship by having sex.

(You can private message me for the titillating details of man on man action.  I would send you to a lesbian for pointers on lesbian sex, but, for whatever reason, you never seem interested in that.)

I think less clear is the answer to this question:  Why do you find yourself positively obsessed with male homosex?  Now Petey, I know you don’t like it when people hypothesize about your sexual leanings.  You take great umbrage at amateur psychologists diagnosing you with the gay and I am proud to say that I have never, in any of our Twitter “debates,” suggested such a thing.  Not because it might offend you, but because, Pete, I don’t want you to be gay.  I have no interest in claiming you as one of my own.  Gay people have a wonderful, vibrant history.  Today we stand on the shoulders of a long line of diverse, courageous, brilliant, remarkable men and women who have written our history with their passion, their strength, their souls and, too often, their blood.  Were you to be gay, you would be nothing more than a sad, angry, confused footnote to LGBT history.  Or perhaps you would find yourself the subject of an entire chapter which examines your life as a cautionary tale of the cancer of self-loathing and its repercussions, both internal and external.

For whatever it’s worth, I just don’t think you are gay.  But then you go and publicly wonder about the ins and outs of man to man consummation and I have to wonder:  What exactly is it about gay sex that you find so compelling?  In my experience of finding things yucky ~ olives, for example ~ I just don’t think about them.  I don’t spend my life lying about olives and trying to scare others from eating olives.  I have never once tried to make olives illegal.  Nope.  I don’t care a fig about olives.  I tend to simply stay away from olives.

But you have done none of these things.  You have actually chosen a career where you are forced ~ forced! ~ to obsess about, and revel in, your personal olives.

But if, as you seem to believe, our marital laws ought to be based not on the Constitution, but on some kind of legal yuck barometer, then it only seems logical that the country should vote on every engagement.  Majority rules. One too many yuck votes and no can do!  Perhaps those who don’t make the cut could hand out questionnaires that might help them to pinpoint exactly why the thought of their consummation was too disgusting for legal marriage, thus helping them to move forward with their lives, find another spouse and weigh their plastic surgery options.  We simply can’t allow yucky consummation.  Not here.  Not in America; Land of the Free ~ Home of the Hot.

And not for nothin’, if the rule of law is now being fashioned out of yuck, I think it’s safe to say that no one’s parents, not in the entire history of recorded time, have ever been married. Because while we may be pulled apart by our myriad differences, the one thing that unites every. single. human being on the planet. is the utter revulsion at the thought of our parents going at it.  There are exactly six people in the world who don’t think that Brad Pitt and Angelina Jolie getting busy is hot.  If their kids get to vote, Brad & Angie will never be legally married.  Yuck.

P.S.  You also seem worried that LGBT teachers will refer to their spouses in class, to their students, as their husbands or wives.  (Gasp!)  Don’t know how to break it to you, Petey, but it’s already happening.  And the sky is still up.  Crisis averted.