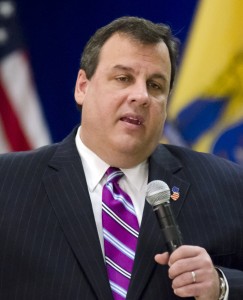 Today is National Coming Out Day and I have a message for you:  I am gay, and I am boring.  I have led a productive, yet unremarkable life.  I share my unremarkable life with my husband, whom I had to marry in another state.  We are not front page kinds of people.  TMZ has never called me.  Unless something truly unexpected happens between now and the end of my life, my name will not grace the pages of our history books ~ certainly not if Texas has anything to do with it.

I am a performer, writer, activist ~ someone forever “following my passion” and “searching for my place in the world.”  After many successful years as a dancer, I hung up my jazz sneakers and began to search for a profession that could sustain me financially and spiritually.  Yes, I’m one of those people.  Always seeking fulfillment.  My husband was a teacher for nearly 25 years before moving to his current post as a Literacy Coach in the Livingston Public School District.

I have been with my husband for fifteen years.  I met him and fell in love with him quickly.  In the whirlwind of those first few months, I didn’t think it possible for me to love another human being more than I loved him, but the intervening years have brought us financial challenges, health challenges, familial challenges ~ challenges that face any two people just trying to be married to one another ~ and in that time I have learned that the only person I could possibly love more than the person he was then is the person he is now.

In 2000 we were married by a rabbi, surrounded by family and friends, in a ceremony that had no legal implications whatsoever.  We were then domestically partnered, twice ~ first when we lived in New York, then when we moved to New Jersey as there was no reciprocity regarding Domestic Partnerships.  We were civilly unioned when Civil Unions were passed in New Jersey and recently we were married ~ married married ~ finally! ~ in New York.  I refer to him as my fifth husband.

Are you bored yet?  Has reading about my search for professional fulfillment caused your eyelids to grow heavy?  Did your mind start to wander as I told you about my love for my husband?  Did you find yourself thinking about your weekend plans or just how amazing “Gravity” was in IMAX-3D?

I wouldn’t blame you.  Because I’m not all that interesting.  I’m just not.

So you can imagine my surprise when I opened up the paper to discover that my marriage ~ my marriage to a man who goes to sleep at 8pm on weeknights and a crazy 9pm on weekends! ~ has the power to cause the state “irreparable harm.”  Really?  “Irreparable harm”???  As I go about living my life ~ trying to make ends meet while still socking away enough money for a quick getaway with my husband every few years ~ as I try not to choke on my property taxes (listen, we have got to talk about that, but another time) ~ I feel remarkably unremarkable.  Irreparable harm?

Your administration has gone on to say that granting marriage equality in New Jersey “would injure not only the public interest, but the State that represents that interest.”

I, like most gay people, read what’s said about us in the papers and then look at our lives ~ in the paper, reality of our lives; paper, lives, paper, lives ~ and see an amazing disconnect between the two.  My simple question to you is:  In what way is my simple little life capable of wreaking “irreparable harm” upon the state???  Because I just don’t see it.  I just. Don’t. See it.

And I have to say, Governor, considering your votes on bullying and the use of “reparative therapy” on minors, I was deeply confused by your administration’s use of the language of fear.  What “irreparable harm”?  What injury to the public interest???  To the State???  These pointedly nonspecific, yet emotionally charged phrases do nothing but make LGBT citizens appear to be “other.”  They cast us as destroyers.  They separate us from the rest of the population and portray us as something to be feared.  By using this language, you have implied ~ actually, you’ve just plain said ~ that LGBT people are enemies of the state.  Talk about the politics of division!  Referring to marriage equality as something that may cause some unnamed yet “irreparable harm” is nothing if not divisive.  And I might point out that speaking of us in this way does nothing but undermine the bullying law that you signed.  It sends a mighty mixed signal when you refer to us as a segment of the population both capable of and intent upon causing harm to the State and then tell children to respect us and treat us as equals.

You believe marriage is between one man and one woman.  Fair enough.  But with all due respect, what difference does that make?  I believe that most of the marriages I’ve witnessed in my life have been bad ideas from the word go.  I’ve sat in wedding ceremony after wedding ceremony and thought “two years, tops.”  If my opinion regarding the sanctity of other people’s marriages was in the slightest bit relevant, then most of the weddings I’ve attended would be invalid.

But no one seems interested in my opinion.  Even if I were the Governor, my opinions would be personal ones, not something to base laws on.

And your idea that we should put marriage equality to a popular vote?  I would be absolutely willing to do that if that standard were applied evenly, to every marriage.  If the citizens of New Jersey get to vote on my marriage, then I think it only fitting that we should get to vote on all marriages, gay or straight.  Once a month, we should put every marriage license application up for a vote.  If the majority of the state thinks that any union might cause “irreparable harm,” then no dice.  No, it’s not necessary for the voters to know either member of the couple.  And no, no one has to elaborate upon or define exactly what that harm might be.  It’s just a simple yes or no.  That seems fair, right?

Religion and religious freedom are frequently cited as reasons for not allowing gay people equality under the law.  As I mentioned earlier, I was married by a rabbi.  Where’s my religious freedom?  Why does no one seem concerned with that?  In a country with freedom of religion I have to ask, why am I bound by the laws of the god you worship?  What about other religions that perform same-sex marriages?  Where are those religious liberties?

Also, as far as religious liberty is concerned, the law in New Jersey, as passed by both the Senate and the Assembly last year, explicitly allowed for religious institutions to legally exclude anyone they so chose.  In fact, that’s actually the name of the bill!  It’s the Marriage Equality and Religious Exemption Act.  It’s hard to get much clearer than that.  So what’s the problem?

Governor Christie, you call yourself a leader, but leaders move people forward.  Right now, you are a roadblock.  You have turned around, faced the citizens of your state, lifted up your arms and said, “The motion stops here.”  On this issue, you have not led, you have obstructed.  I implore you to put your arms down, turn around and lead your state forward.  If the Republicans in Washington keep going the way they’re going, you won’t need a strong stance against marriage equality to secure the GOP nomination in 2016.  If they keep going the way they’re going, there will be no one left in the party to challenge you.

Ian Roger Rosen, Gay New Jerseyan and Someone Entirely Too Boring and Lacking in Enough Power to Do Irreparable Harm