Michael Sam Steps Up As Maggie Gallagher Steps Down 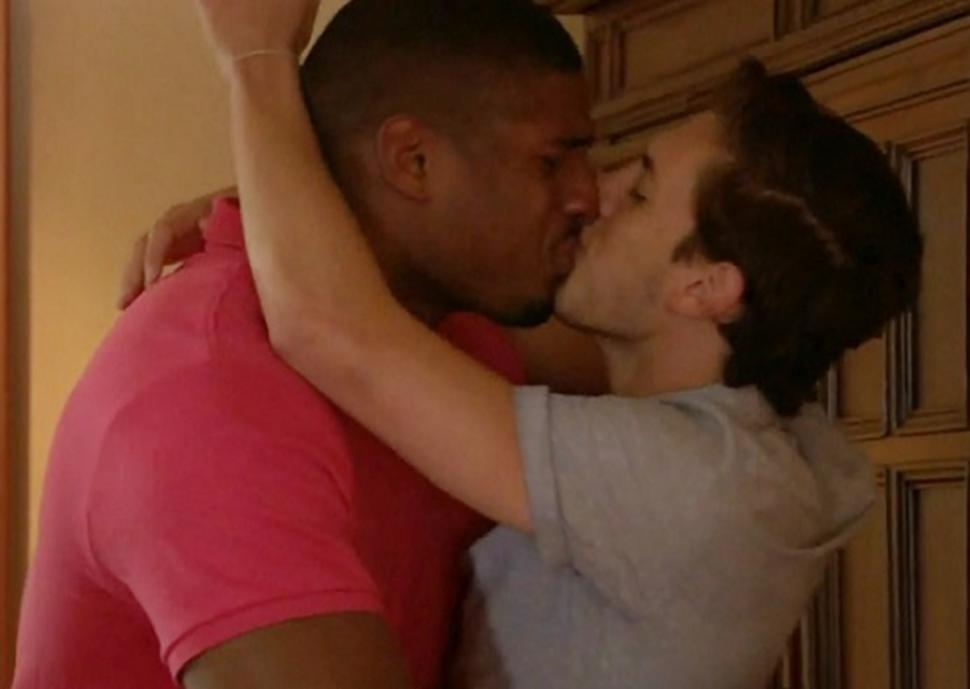 Recently, Maggie Gallagher, one of the most vocal proponents of the anti-equality movement, gave up fighting the Purple Menace, Arkansas became the first southern state in the nation to figure out that equality actually means equality for all people, and that includes LGBT people, and Michael Sam, in what is arguably the most important recent development in our march towards equality if for no other reason than the stereotype shattering symbolism, broke through that purple ceiling by becoming the first openly gay player to be drafted into the NFL.

We are winning. And nothing could make this fact plainer than the image of Sam stepping up as Gallagher steps down.

If I may be so presumptuous, I’m going to explain why our opponents are losing. There is one small detail that they routinely overlook. They miss it time and time again. It’s in their demeanor. It’s in their rhetoric. It’s embedded in their entire “argument,” their line of reasoning. And it is this: they think gay people are new. It is their first, last and most fatal mistake.

We are here now, and WE HAVE ALWAYS BEEN HERE. WE ARE EVERYWHERE.

Good riddance to you, Maggie Gallagher. May your blog post be the squeal of the last dinosaur as it gasps its last desperate, painful breath. May it be the sound of the Wicked Witch of the West who, having been cleansed by water, screams “What a world. What a world” as she melts into nothingness. And may Michael Sam’s kiss be the kiss heard ‘round the world.

Congrats Michael Sam! I do sincerely hope that your gay brothers already playing in the NFL man up and make your life a little easier by showing the world that while you may be the first to say he’s gay, you are not by any stretch the first. I hope they won’t leave you alone out there. Clearly, you’re strong enough to do it, but I hope they don’t make you.

Posted on May 11, 2014 • by Ian • In: All, Current Events/Pop Culture/Politics, Featured Posts •
« A Master Class in Successful Adultery for Congress The Real Reason Amy Kushnir is Upset »