Before We Come Out, We Must First Go In 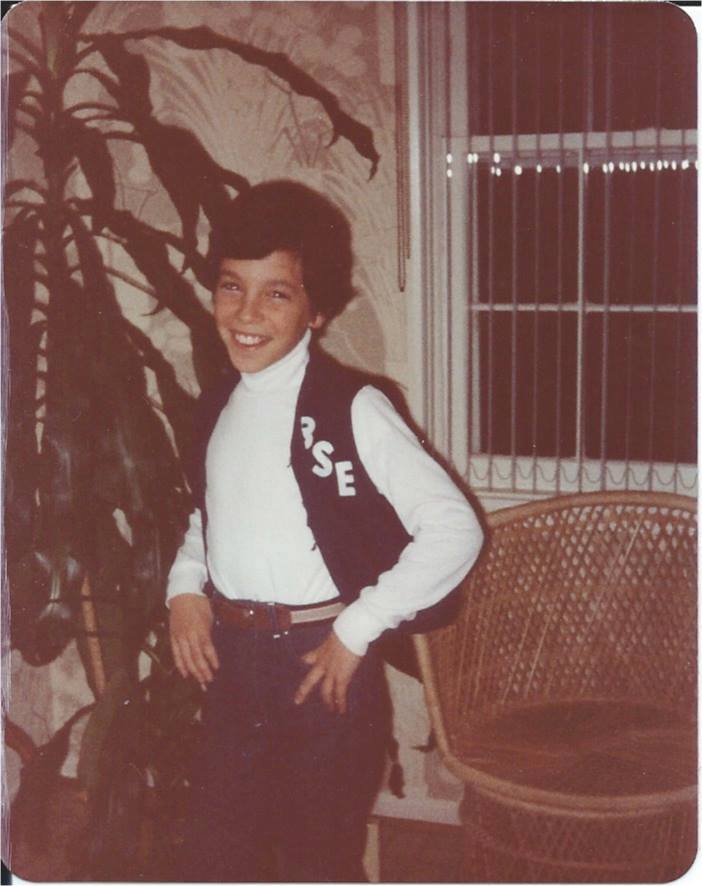 Considering the picture above, it’s a wonder how I was ever successfully in the closet. But, with the exception of the kids at school who called me a faggot, I think I was. Coming out, something I did slowly over the span of a few years, freed me, as it frees everyone who does it.

The very idea of coming out implies that there was a going in. It’s a moment that for many of us occurs before conscious awareness, before understanding, before we even have words for it. And it demonstrates that we, as gay kids, have received the message that to stay safe, we must lie ~ that what we know to be true about ourselves, this fact of our existence, is dirty, bad, disgusting, sinful, immoral, disappointing, wrong, unacceptable, shameful, and must be kept to ourselves. Gay kids know that in order to survive, we need to keep our fucking mouths shut.

I need look no further than my brother ~ to only compare our experiences growing up ~ to know that as I was tortured by the discovery of my sexuality, he was celebrating his. It would never have dawned on him to hide or to lie about a crush or a girlfriend. Never. He proudly went through his awakening, his looming maturity. He proudly dated. It would never in a million years have dawned on him to keep any of that to himself. To feel shame for it. Why would he? And if he ever had any reservations about talking to a girl and telling her he “liked” her, it was out of fear of rejection from her, not his friends, family, or the school in general. I’m pretty sure he never worried about getting beaten up for asking a girl out on a date ~ unless she had another boyfriend at the time. He never worried about the whispers, the rumors. He never worried about being “discovered.” He never worried that his sexuality might make him unsafe.

On the flip side of that coin, it never dawned on me to express any of it. For as far back as I can remember, I knew it was not ok. Not ok to be who I was. Not ok. It’s just something that gay kids know. We don’t run home to tell our parents we’ve just realized the boy next to us in geometry is hot. We just don’t. And for those of us brave enough to do so, we’re often met with “it’s just a phase” or “you don’t know who you are yet.” Yes we do. And that denial speaks volumes to our little ears. It denies what we know to be true and implies a hope that we might turn out to be something different, something better. I don’t think any straight kid has ever heard, “Well, you think Jenny is pretty today, but it might just be a phase. Tomorrow you might be really into Tommy.”

Today is National Coming Out Day. I love it, because speaking our truth is the greatest power we have. But I have to confess, I hope one day it is a relic in a museum. I hope that we can one day erase the impulse to lie and that little gay boys everywhere thoughtlessly put up posters of their teen heartthrob on their bedroom wall. And I hope that when they tell their parents that they’re in love with Tommy, that the response is a simple, “Well, does Tommy like you back?”