Thou Shalt Not Bear False Witness 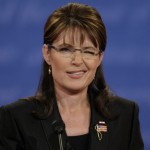 Amidst the Affordable Care Act hullaballoo yesterday the Supreme Court also ruled on another case, Stolen Valor.  In a nutshell, the Stolen Valor Act became law in 2005, making it illegal to lie about one’s military service.  The Supreme Court struck down that law by ruling that it is an infringement on our right to free speech.  Ok.  So, at least to some extent, lying is protected speech.  (Read more about the case and the Supreme Court verdict here.)

I have said all along that America is based on Judeo-Christian beliefs and, you know, nobody has to believe me though. You can just go to our Founding Fathers’ early documents and see how they crafted a Declaration of Independence and a Constitution that allows that Judeo-Christian belief to be the foundation of our lives. And our Constitution, of course, essentially acknowledging that our unalienable rights don’t come from man; they come from God.

And later in that same interview ~

I think we should just kinda keep this clean.  Keep it simple.  Go back to what our founders and our founding documents meant ~ they’re quite clear ~ that we would create law based on the god of the Bible and the Ten Commandments.  It’s pretty simple.

My question is this ~  Where’s your outrage?  The Supreme Court has ruled that lying ~ in this case, specifically about military service ~ is perfectly legal.  How does this square with the Bible?  Doesn’t it fly in the face of one of the biggies ~ the Ninth Commandment?  Considering all the chest and bible-thumping I am forced to endure on a daily basis regarding gay rights and abortion rights I’d expect you to be jumping up and down screaming about this blatantly anti-Biblical ruling.  How do you explain the fact that lying is protected in the Constitution but not the Bible?

Historically you’ve been incredibly outspoken ~ for example, you were pretty gosh darned quick to tweet that the President “lies” after the SCOTUS ruling on health care yesterday…

…and yet I haven’t seen or heard a word from you about Stolen Valor, which is clearly an attack on the Bible.  Am I missing something?

P.S.  You should know that you are one of the inspirations for my site ~ FuckYou40.com ~ click here to read more about that.  Thank you.

Posted on Jun 29, 2012 • by Ian • In: Current Events/Pop Culture/Politics, Write the Power •
« No Hope, No Cash, No Jobs The Silver Lining to The Media Misreporting the SCOTUS Affordable Care Act Decision »