Gregory Gardner & Me, Part II ~ It Hurts So Good 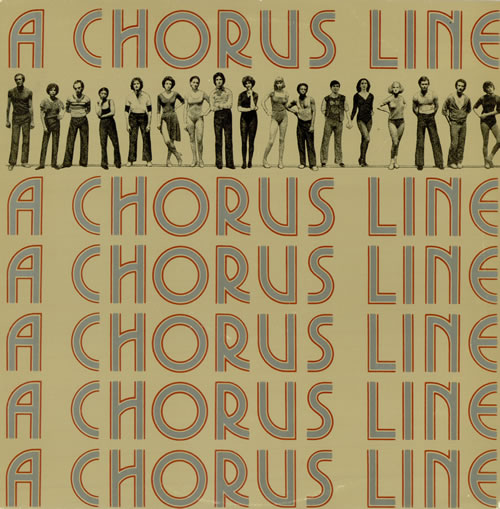 Sometimes all the stars align.  And sometimes one of those stars is a black hole.  Singular, yet powerful enough to fuck up all the other stars.

I had the perfect job.  Doing an incredible show.  At a great theatre.  With inspiring and talented friends.  Performing a role I’ve been wanting to perform since 1985.  (Click here to read about my journey with the show, “A Chorus Line,” and the character of Greg.)  And it all just fell in my lap.  Boom.  Perfect.

How often does that happen?

Apparently never.  There was one tiny detail ~ one black hole ~ lurking in the background ~ that pulled it all apart.  My hip.  My hip, which I’m told is all used up and which has been causing me pain for the past four and a half months.  My hip, which, even after cortisone, physical therapy and acupuncture, has completely derailed my life.  While I haven’t been bedridden with pain, I have certainly not been living the life that I have come to know for my entire adulthood.  I can barely move ~ at least not in the way I’m used to moving.  I go to the gym but just pretend to work out.  I have spent countless days on the couch, sitting.  And then standing when the sitting hurts.  I have watched my muscle melt into marshmallow.  I have been betrayed by my own body ~ a dancer’s worst nightmare.  I finally had to concede that my dream job was simply not meant to be.  With a very heavy heart, I had to give it away.

But it doesn’t end there.  Sometimes life, for no apparent reason, fucks with us in chapters.  Maybe for sport.  Maybe for the entertainment of the gods.  Who knows.  But just when you think you’ve come to the end of something…there’s more…like some interminable Hollywood superhero franchise.  Roughly five days after notifying the theatre that I wouldn’t be able to do “A Chorus Line,” my hip began to feel better.  What?  What?????  Now the acupuncture and the cortisone and the physical therapy start to work?  NOW???????  I busted my ass for four months trying everything I could think of from swinging a chicken over my head to reading an incantation from the Samantha Stevens Book of Witchcraft and now the pain begins to ease?  Are you fucking kidding me?  I don’t believe in god.  I don’t believe in karma.  I think shit just happens.  Without rhyme.  Without reason.  Without the attachment to some sort of punishment or lesson.  Without karmic backlash.  But I can’t shake the feeling that someone, or something, somewhere, is pointing at me and laughing.

So now, in some kind of bitterly ironic, darkly funny twist, I find myself hoping the pain returns.  Hoping for some sort of signal ~ like the feeling of a knife in my hip ~ to tell me that I made the right decision.  To that end, I have been trying to hurt myself.  At the gym I’m doing things I haven’t done in months.  What if I hold my leg here?  How about here?  What if I pound on it really hard?  How about a good sprint?  Does it hurt yet?  Does it hurt yet?  How about now?  Because if I wind up without pain over the summer while some other guy in some rehearsal room enjoys my dream, I will fucking kill myself.  Oh no.  I’d better be fucking doubled over and limping while whoever-they-hire learns my traffic patterns, rehearses my lines and hones my laughs.  I’d better be incapacitated.  Because if I’m running uphill on a treadmill while wearing ankle weights with no discomfort whatsoever…well I don’t know what.  But that would suck.  That would just fucking suck.

I know they say “What doesn’t kill you makes you stronger.”  But I have absolutely no interest whatsoever in being stronger.  None.  What do I need strength for?  So I can weather the next difficulty?  Fuck that.  I’m not interested.  If everything always breaks in my direction, then strength becomes an unnecessary commodity, no?  Frankly, I’d rather just be weak and vulnerable and always get what I want.  Tell the truth:  strength or a life of blissful, ignorant happiness ~ which would you choose?

But we don’t get to choose, do we?  No one gets through life unscathed.  We are all forced, at various points, to just bear down and get through it.  We suffer big and little disappointments and pains and, after a certain age, maybe five or six, we’re expected to pull up our big girl panties and just get on with it ~ theoretically stronger and more capable of dealing with life’s next “adventure.”

So, if you see me at the gym pulling one leg over my head while standing on a yoga ball, give me a thumbs up and tell me you hope it hurts.

(P.S.  Hey Ma, that passing reference to killing myself ~ it was just an expression; a flourish.  I am in no way actually suicidal.  For one thing, it takes too much effort and planning and I’ve been really busy lately.  So please don’t call in a panic.  Don’t call Rick or my friends.  There’s no need for professional help.  I could totally use a Xanax or two, but I’m fine.  Really.)