Fanboy Thanks a Hero 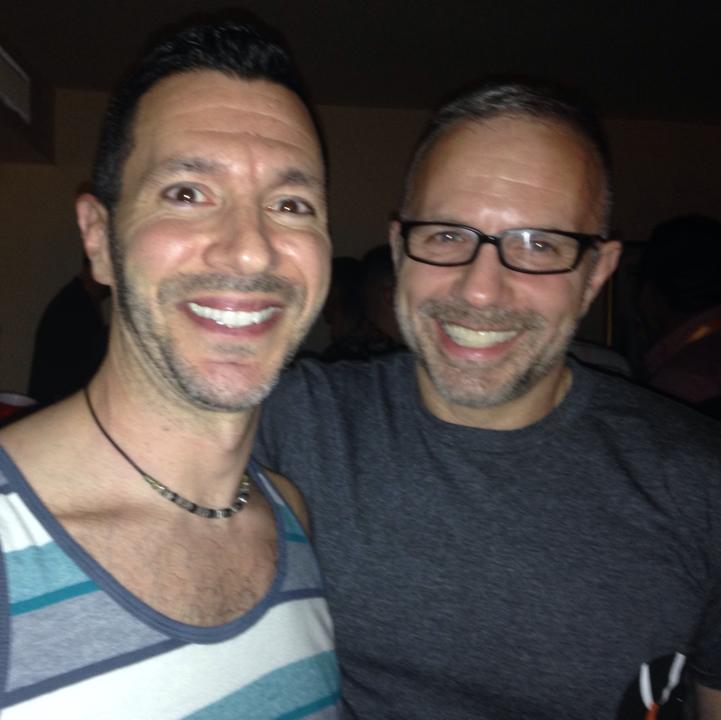 I’ve written before about the differences I felt in the experience of growing up Jewish and growing up gay.

As a Jewish kid I had a bris, was sent to Hebrew school and had a Bar Mitzvah. My cultural identity was passed on to me at the dinner table with the kugel. My pride in that identity was handed to me in books, movies, heroes. Sandy Koufax! (Also, Sandy was left-handed. See, left-handed Jews can do anything!) It seeped through the very pores of my house. It was something my family shared and that my parents found not just important to pass on to us (me and my brother), but something absolutely necessary to our upbringing ~ to the composition of our characters ~ to the men they wanted us to become. And frankly, it wasn’t just important to them, it was necessary for them. Necessary for them to know they had successfully completed the chapter of the parenting manual titled “Solid Cultural Foundation and Connection.” We should know who we were and where we came from; how we got here. We should understand the struggles and the horrors and celebrate the rich culture of a people ~ our people ~ who overcame and overcome. We should know the blood that flows through our veins.

As a gay kid, I got none of that. As a gay kid, I got nothin’. Like most other gay kids, I was alone in my own home, alienated from my own family, and therefore without the luxury and comfort of a shared identity. That safe space is not afforded a gay kid. Add to that the fear of familial rejection ~ not only is home not a safe, shared space, it has the potential to be an incredibly dangerous space. Add to that, gay history was not ~ and still isn’t ~ taught in schools. (God forbid!!!) Our experiences and contributions appear to not exist. We appear to not exist, anywhere. It makes growing up lonely, and frightening.

To find connection, we must actively search out what is largely a silent history.

I did just that. From my late teens to my mid-20s, everything I read was gay, gay, gay. Trying to fill that empty space in me that wondered where I came from and what had transpired before I got here. I had to anchor myself, place my very existence in a framework, give my life context. I had to find my culture, my history. Claim pride in my past and awe for those who created and paid for it. The shared experience that was lacking in my own home I found in the history of my LGBT brothers and sisters. I had to find, recognize and create my own heroes.

As a Jewish kid, my lineage came to me. As a gay kid, I had to go to my lineage.

It was during this time that I discovered the names, organizations and events that would shape me: Larry Kramer; Frank Kameny; Harvey Milk; Harvey Fierstein (although I had discovered him a little earlier); Harry Hay and The Mattachine Society; Bayard Rustin; Phyllis Lyon, Del Martin and the Daughters of Bilitis; Randy Shilts; Armistead Maupin, Vito Russo; Stonewall; and so many others. Amongst those names was Michelangelo Signorile.

I bought his book, Queer in America, at the NYU Book Center, where I worked, the day it came out. I devoured it. Devoured it. At that time, 1993, queer was a more controversial, confrontational word than it is today, and I remember never carrying the book in my bag, and never carrying the cover facing my body. I purposefully faced it out, so it could be seen. My own personal fuck you to the world.

So you can imagine how my heart nearly leapt out of my chest when I saw him walk into a party I was at last Friday night. I immediately dismissed the notion that it was actually him based solely on the fact that I too was at the party, and surely he couldn’t be anywhere I was, because that would just be silly. But I kept staring, I’m guessing creepily. And I kept staring. No…no it can’t be. Then someone mentioned that he was at the party and I nearly fell over. It was him! Holy shit!!!!

A friend suggested I approach him, but he was engaged in conversation and I didn’t want to bother him. So I waited. Patiently, and again, possibly creepily. But I didn’t want to miss the opportunity to talk to him. Eventually, he got up and I stopped him as he passed me. Sometimes a little liquid courage is a good thing. I would never have done that had I been completely sober. I did not hold out my hand and introduce myself. Nothing quite that civilized. I said, simply and without context, “Thank you.” I just assumed he would know what I was thanking him for. I mean, doesn’t this sort of thing happen to him everyday? I eventually managed to spit out, “for your work.”

My friend leaned in to him and asked if he’d take a picture with me. Apparently liquid courage has its limits. Even a few beers in, I was not able to do that. I didn’t want to take too much of his time. I’m sure he had friends he wanted to visit with and didn’t he have a gay planet to save???

I thought I was doing a pretty good job maintaining some level of composure, but the picture above tells a different story. I look awful and he, of course, looks hot as hell, because he is, in fact, hot as hell. I don’t mind how I look, though, because it tells a truth ~ I was nearly coming out of my skin. My hands were trembling and sweaty. My knees threatened to give out. It was all I could do to talk and listen and pretend to be human from underneath the torrent of whooshing blood that funneled through my temples and effectively drowned out all other sounds.

I got my picture with him. (Thanks for asking him, Dana!) He was unbelievably kind and gracious, like you hope a hero will be when they morph from mythological creature into a flesh and blood human. And while I did get the chance to thank him, there simply wasn’t time to tell him what was truly in my heart. I think my thanks read as a kind of general thank you ~ for his work for our movement. For our people. And indeed it was that too. But what didn’t get expressed was my deeply personal gratitude.

I’m going to take this opportunity to say what I didn’t ~ what I couldn’t ~ say on Friday night: 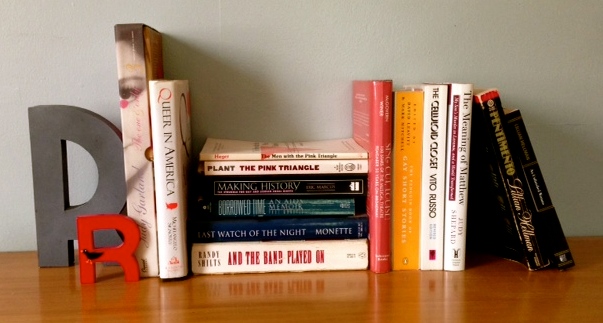 My desk today, slightly cleaned up for public viewing. Keeping my heroes close.

You are still on my desk; still on my required reading and listening list; still teaching me. I do hope we meet again someday. I promise not to stammer or stare or to tremble or sweat. Although I probably shouldn’t make promises I can’t keep.