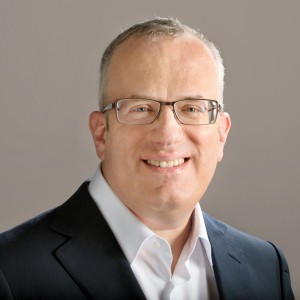 In the past week, the gay blogosphere has exploded with the news of Brendan Eich’s resignation as CEO of Mozilla, supposedly due to a 2008 donation to Prop 8.  Andrew Sullivan lit the fuse when he posted The Hounding Of A Heretic on his blog, a scathing review of the evil gay fanatics that forced the departure:

Will [Eich] now be forced to walk through the streets in shame? Why not the stocks? The whole episode disgusts me – as it should disgust anyone interested in a tolerant and diverse society. If this is the gay rights movement today – hounding our opponents with a fanaticism more like the religious right than anyone else – then count me out. If we are about intimidating the free speech of others, we are no better than the anti-gay bullies who came before us.

I rarely agree with Andrew Sullivan, and this was no exception.  He oversimplified and overlooked a few things, which were quickly pointed out by Michelangelo Signorile in his rebuttal to Sullivan’s piece.

Then we got Frank Bruni’s op-ed in the New York Times.  His point of view was more tepid and less bombastic than Sullivan’s.  He was more worried grandfather than pissed off warrior.  His was a tone of hesitation.  A warning that we must proceed with caution lest we be accused of having the same intolerance as our adversaries.  The end of his piece reads:

Sullivan is right to raise concerns about the public flogging of someone like Eich. Such vilification won’t accelerate the timetable of victory, which is certain. And it doesn’t reflect well on the victors.

I think some of our leaders are missing a crucial point.  We’re right.  Equality is right.  Those who would withhold it from us are wrong.  And I’m never entirely sure why I should be tolerant of those who would have me live in a world where my citizenship and humanity are suspect, second class.  Yet we shy away from putting it in such stark terms for fear that we might be labeled “intolerant.”  Well I for one have no problem with that label.  I am intolerant.  I am intolerant of prejudice in any shape.  It has no place in a civilized society.  Why is it that when it comes to other minority groups ~ Jews, African-Americans, women, Asians, Native Americans, etc. ~ it is prejudice, but when it comes to the LGBT community it is a “difference of opinion”?  This language softens it; gives it a legitimacy it does not deserve.

Personally, I’m not upset over the whole Eich ordeal ~ other than the fact that they hired him in the first place.  I am not wringing my hands with guilt nor am I plagued by questions:  “Were we right?  Were we wrong?  Will we be viewed as bullies?  Did we bully?”  Nope.  Sorry.  This is not a moment for self doubt.  Because in a world bursting at the seams with shades of gray, sometimes, mercifully, there is the most basic binary:  right and wrong.  And I will not shed one tear for Brendan Eich, because he is wrong.  Simply, succinctly, wrong.

Some topics are not up for debate, no matter how many debates cable television produces.  Not all opinions are created equal.  Some opinions are the product of minds bent by prejudice, ignorance and willful misunderstanding and are not deserving of public discourse.  Some opinions are rooted in the mythology of religion and are never taken out and examined in the actual world.  I have literally never heard an argument against same-sex marriage that wasn’t based on junk science and a lifetime of being carefully taught that LGBT people are evil, destructive, predatory and immoral, charges for which there is not one shred of evidence and which buckle under the weight of even the most cursory scrutiny.  Because all prejudice buckles under the weight of scrutiny.  No one has ever been able to tell me how my life, my loves or my marriage has negatively impacted a living soul, let alone society at large.  And just so we’re clear, Eich’s donation to Prop 8 isn’t just something in his past.  It is something he still believes in.   Therefore, he is still wrong.

His resignation, however, isn’t about being wrong.  It’s about his viability as a businessman.  His resignation is about whether or not a company is willing to shoulder the burden of a leader whose views are completely out of step with his subordinates, other leaders and, most importantly, his clients.  In short, will his leadership affect the bottom line?  In this case, the answer was yes, thus making his leadership untenable.  This happens in business all the time.

Dear LGBT Community ~ Congratulations!  We’ve begun to make anti-LGBT positions untenable!!!  We have begun to create a world where anti-LGBT positions are antithetical to good business practice.  Not so long ago it was the other way around.  Now is not the time to back down, to navel gaze and to wonder how we’re perceived.  Now is the time to keep going!!!  Good for us!!!   We’ve come a long way, baby!  We still have a looooooong way to go, but today I say:  Congratulations!!!

Posted on Apr 7, 2014 • by Ian • In: Current Events/Pop Culture/Politics, Featured Posts, Uncategorized •
« Michael Sam is Not Alone ~ And It’s Time for the NFL’s Gay Players to Stand with Him A Master Class in Successful Adultery for Congress »