Juan Pablo Admits Publicly That He Suffers From Gay Derangement Syndrome, or GDS 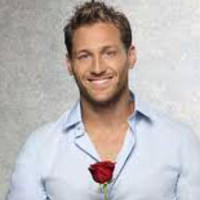 Ok, he didn’t admit it so much as reveal his symptoms by opening his big, fat diseased mouth.

Juan Pablo, “star” of ABC’s The Bachelor, was recently asked whether he thought a dating reality show featuring a gay or bisexual bachelor was a good idea.

“No…I respect [gay people]…” (You know there’s a but coming, right?) “…but…” (Uh-oh.) “…honestly, I don’t think it’s a good example for kids.”  (As I pointed out in an earlier post, one of most common symptoms of  GDS is the stripping of words from their meaning.  JP respects gay people, he just doesn’t want children exposed to our filthy lives.)  “Now there is fathers having kids and all that, and it is hard for me to understand…” (I feel that a lot of things are hard for JP to understand, like how to put a child support check in the mail, or avoid having your wages garnished.)  “…that too in the sense of a household having peoples…” (?) “…Two parents sleeping in the same bed and the kid going into bed…”  (???) “…It is confusing in a sense.”  (Again, I feel like a lot of things are confusing to JP.)

He went on ~ because why would he stop?  “…there’s this thing about gay people…”  (Oh no.) “…it seems to me…” (Here we go.) “…and I don’t know if I’m mistaken or not…”  (By all means, don’t be stifled by uncertainty.  This is America, a nation made great by our First Amendment right not to be censored by our own stupidity.  Why Sarah Palin has made an entire career of it.) “…but they’re more ‘pervert’ in a sense.”  (And there it is!  He’s been beating around the perverted bush!  It must be such a relief to finally get it out.)  “And to me the show would be too strong…too hard to watch.”  (Not for me, but then again I’m a pervert and inappropriate for children, respectfully.)

JP did issue an apology for the offensive statement, citing not his illness, but a lack of context and language barriers, as Spanish is his first language.  “The comment was taken out of context.” (And that context would be…?)  “I have many gay friends.” (More overplayed that a Katy Perry song, the bigot’s anthem.)  He goes on to claim that where he used pervert he meant to use affectionate.

The PR genius who came up with this steaming pile of bullshit should be fired.  If PR is just a game of Mad Libs, they can at least be more subtle about it.  “But they’re more (adjective) in a sense.”  Another cocktail and the gays might have been more nutritious, or green.  And if JP really did confuse pervert for affectionate, someone ought to alert his gameshow booty, as the mix up is likely to affect her greatly.

The symptoms of JP’s derangement are simple and, sadly, pervasive, and can be boiled down into three easy to remember words:  straight male arrogance.  He believes that even his lowly brand of deadbeat dad/gameshow marriage roulette heterosexuality is preferable to homosexuality.  This comes from his being brainwashed, starting at an early age, into thinking that the mere impulse to put his penis into a vagina makes him a better man, a better person, more moral, and surely more appropriate for children than, say, a queer whose immorality stems not from how they conduct themselves in the world, but from who they are.  GDS, it’s real.  And it’s a sickness.